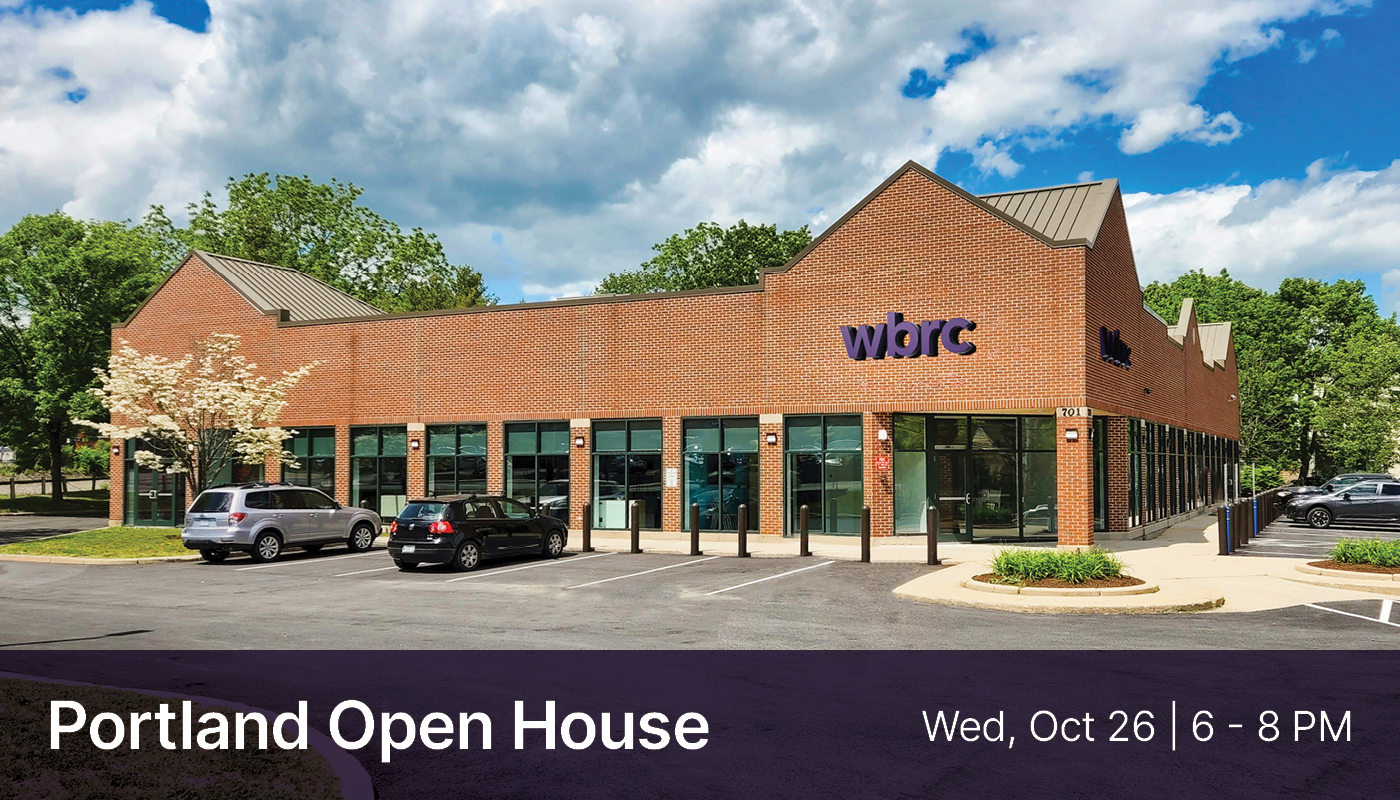 WBRC Inc. is celebrating the Grand Opening of its new Portland offices on 701 Forest Avenue with a Ribbon Cutting and Open House on Wednesday, October 26 from 6 to 8 pm. The Ribbon Cutting will take place at 6:30 pm and will be hosted by the Portland Regional Chamber of Commerce. The event will feature an international assortment of appetizers from several neighborhood food purveyors.

WBRC Principals Richard Borrelli, Mike Johanning, and Jocelyn Boothe had been looking for new offices for several months when they learned of this property’s availability.

“We had outgrown our space on Danforth Street and were looking for options,” Borrelli says. “About 30 sites were in the running. We preferred this site because other places were disjointed and here we’re all in one space.” Another benefit, besides onsite parking, is the opportunity for exterior signage. “We’re excited to have our name in lights from two angles on this highly-visible thoroughfare.”

WBRC Inc. has been in the A/E design business in Maine for 120 years, with offices in Portland for 16 years. WBRC works in 26 states and employs nearly 60 professionals; 20 of those staffers are in Portland.

WBRC’s Portland branch opened in 2006, when WBRC was awarded the contract for the design of Ocean Avenue Elementary School. That school is just down the street from its new offices. Major projects in and around Portland include South Portland Middle School, Aura, and the Cross Insurance Arena Renovation/Expansion.