WBRC has promoted four of its design professionals to Associate.

“The five individuals we’ve asked to become associates all have different stories. Some have been with us for many years; others for a relatively short time,” says Doug Whitney, CEO. “All of them have distinguished themselves by the quality of their work and their dedication to WBRC and its clients. We’re pleased to welcome Miguel Betancourt, Stefanie Wason, Bob DuBois, Kyle Mahar, and David Pelletier as WBRC Associates.”

Structural Engineer and Department Manager Miguel Betancourt, PE, has 30 years of experience in structural systems design, analysis, and project management. Miguel is a licensed structural engineer in several states including Maine. He is an expert in the design and assessment of low to mid-rise structures using materials such as reinforced concrete, structural steel, masonry, cold-formed steel, and timber. Since joining WBRC, he has distinguished himself as a project leader, collaborator, manager, and mentor.

Miguel Betancourt is a graduate of Purdue University, where he earned both a Bachelor and Master of Science in Civil Engineering (BSCE and MSCE). He is a member of the Structural Engineers Association of Maine and the American Institute of Steel Construction.
Miguel’s recent projects at WBRC include the University of Maine Athletic Complex Improvements, Northern Light CA Dean Replacement Hospital, Northern Light Blue Hill Replacement Hospital, Children’s Center in Augusta, and multiple projects for the United States Postal Service, VA Healthcare, and Hannaford Supermarkets. 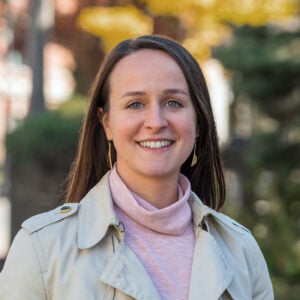 Stefanie Wason is a Maine Licensed Architect with over a decade of experience in the planning, design, and management of commercial, residential, and public sector projects, with specialized expertise in historic preservation. Stefanie brings high-level technical skills and collaborative problem-solving to all phases of a project, from concept design through construction administration. 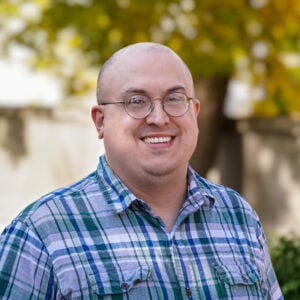 Bob DuBois is an Architectural Design Specialist who focuses on education and civic projects at WBRC. With over 20 years of experience, Bob’s role is to translate the architectural vision into accurate, code-compliant plans and drawings. He often serves as production team Job Captain on larger projects. There, Bob uses his technical and institutional knowledge to see potential roadblocks, create synergies, and keep the project moving forward. 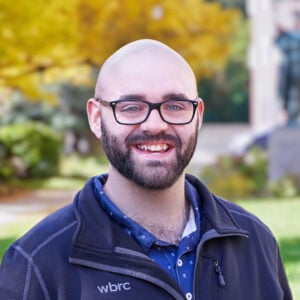 Kyle Mahar is an Electrical Engineering Design Specialist. He works alongside WBRC’s Electrical Engineers to evaluate, specify, and document electrical building systems. These include new and upgraded systems for fire alarm and communications, sustainable design technologies such as solar PV systems, and normal and emergency power systems. He has a passion for lighting and lighting controls and is always excited to learn about new technologies and design strategies. With over a decade of experience, his responsibilities range from concept drawings through construction administration. 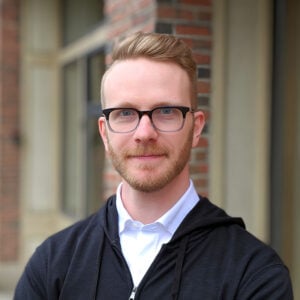 David Pelletier is an Architectural Design Specialist. He focuses on architectural renderings and visualization at WBRC, using his skills in software such as Revit and Enscape to create realistic 3D imagery. His 2D, 3D, and VR images help clients and the entire project team understand and refine design intent. David is a vital member of the design team, bringing creative thinking to each project. He has a strong interest in understanding and leveraging design software and has provided leadership at WBRC in creating standards and training team members in best practices.

David is a graduate of Eastern Maine Community College, where he received an Associate Degree in Computer Aided Design and Drafting. Projects where he played a key part include UMaine’s Ferland Engineering Education and Design Center, Flagpole of Freedom Park Master Plan, Versant Power Astronomy Center at the University of Maine, and Maine National Guard Joint Force Headquarters in Augusta.