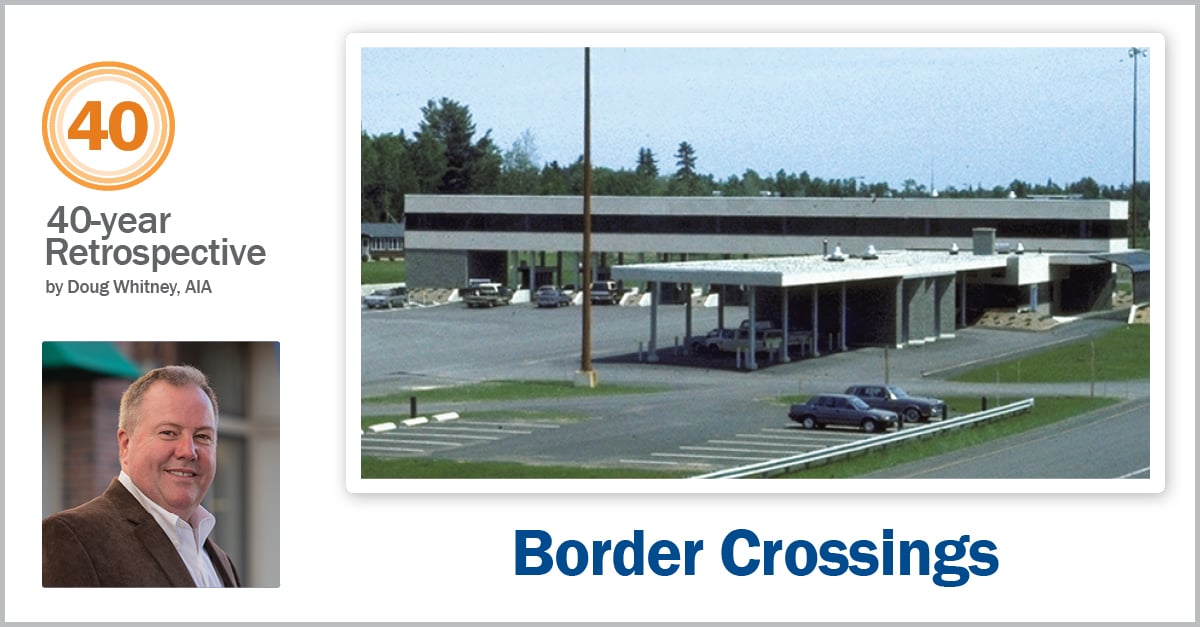 I was still very new to the office when this project was being designed. I remember Principal Herb Day asking me to look at the design they had so far for the U.S. Border Station in Houlton, Maine to see what I could do to improve it.

I suggested that we tie the buildings together with a linear roof design that linked all the structures together. This created a unified, contemporary design, transforming it from what had originally been a series of individual buildings. 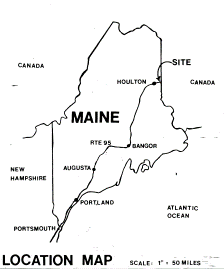 The Houlton-Woodstock Border Crossing is located at the northernmost terminus of Interstate 95 and serves as a key U.S. transit point to and from Canada. One of the challenges we had as the building’s designers was that the surrounding existing soils were unsuitable for a building. Thus, it was determined that the only practical place to put the building was alongside and across the existing highway. 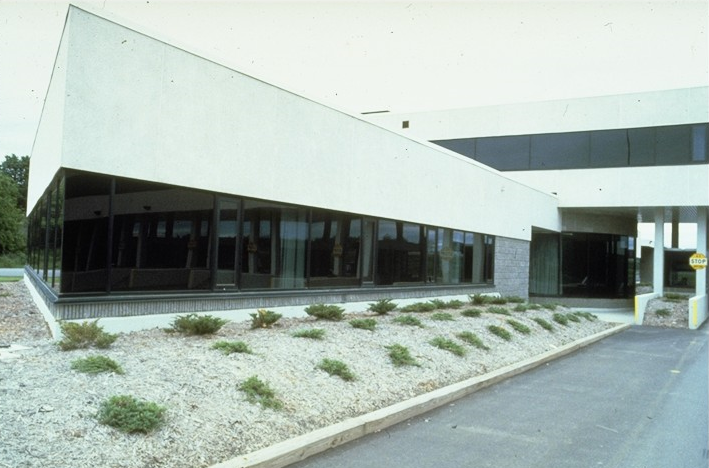 Like the ASWOC project in Brunswick, we used earth berms to protect and insulate the occupied first-floor areas of the building.

As a trained eye can see from the site plans, there were numerous constraints on the site. These dictated the orientation, length, and width of the building that could be placed along the highway. The final $2.9M facility included the main station, six-car inspection lanes, a canopied bus lane, and an express lane for truck inspections. It took two years to build and opened in October 1985

At this same time, I was crossing a new border of my own – first-time home ownership. The house I found was located on Pine Street overlooking Broadway Park in Bangor. It was very reasonably priced at $27,000, but home mortgage interest rates at the time were 15%.

One of the reasons the price was so affordable was that the attached garage on the back didn’t have a foundation under it and was about ready to fall down. Co-worker and fellow Syracuse University graduate Steve Rich came over with his chain saw and we cut the roof away and pulled the garage down. We then cut it up into pieces and, with the help of a contractor friend, had it hauled away to the landfill in Hermon.

Over the next few years, I made many more improvements. I pulled off the siding that covered up the original wooden clapboards, painted them, installed a new roof on the house, and rebuilt the chimney. I also added shutters, a new front door, new front steps, window boxes, and landscaping.

I’ve owned several more homes since then, but none were more rewarding than fixing up my first one.