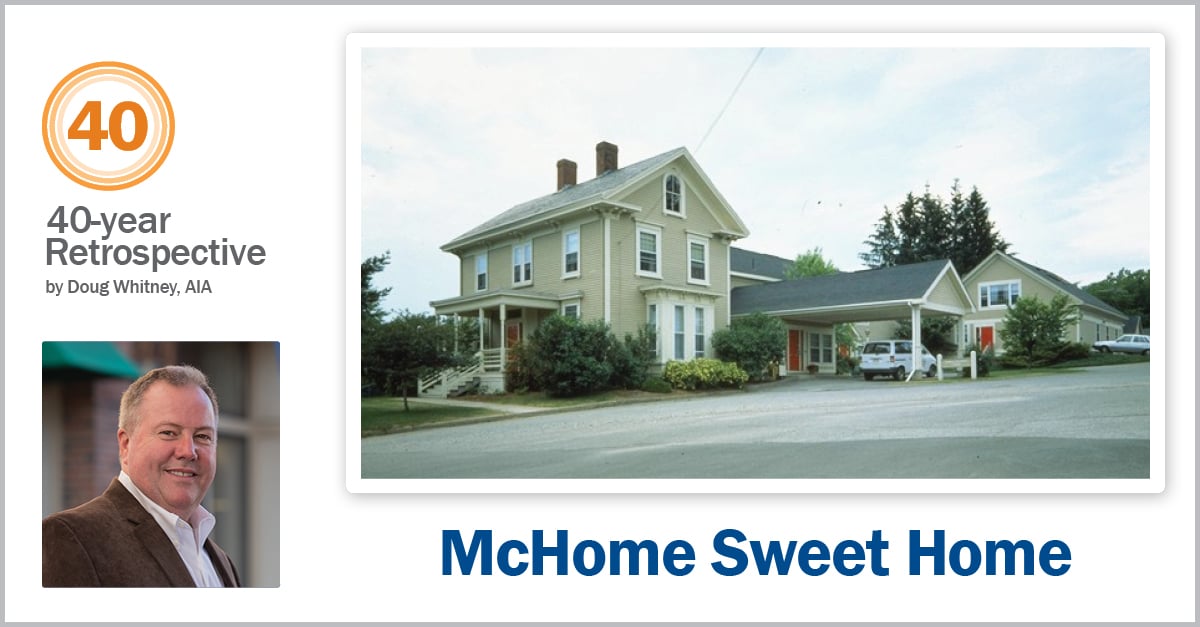 Completed in 1983, Ronald McDonald House in Bangor provides parents a place to stay when their children are being treated at local hospitals. It is located on State Street, so guests can see Northern Light Eastern Maine Medical Center in the distance when staying here and walk over to see their child being treated at EMMC.

John Rohman, WBRC’s longtime CEO, was the Principal-in-Charge of this project. He and I worked together with the building committee to design this important local resource.

Ronald McDonald House Bangor’s story began in the early 1970s, when a little boy named Raish, the son of Anita and Leon Haskell of Milford, was diagnosed with a rare form of cancer. Raish had to be treated in New York City and Anita slept on the floor of Raish’s hospital room because there was no suitable place to stay.

Tragically, Raish passed away at the age of four. Anita Haskell responded by making the world a better place in his memory ever since. This includes being a driving force behind Bangor’s Ronald McDonald House. In the late 1970s, Anita and a group of local citizens called The Candlelighters learned about a fundraising event for Boston’s Ronald McDonald House. They decided Bangor needed its own and got to work.

The group reached out to local McDonald’s owner/operators and raised the funds to conduct a feasibility study. They found a large, vacant state-owned property near EMMC. It had once been the superintendent’s house at Bangor Mental Health Institute (now Dorothea Dix Psychiatric Center.) The State of Maine donated the property for $1. Planning and fundraising for Maine’s first Ronald McDonald House began in earnest.

When John and I started working on this project, the existing historic, elegant home and carriage house had sat vacant for years. The front section and middle ell toward the back were in good condition. A back wing, however, was poorly built and needed to be demolished and replaced.

In the main building, we designed a large kitchen and open dining area that could be used by more than one family for cooking and dining. The bedrooms are clustered together along a sunny corridor with window seats overlooking the outdoor play area.

Here are some images of Ronald McDonald House several years later. By then, a family room addition had been built and the landscaping had matured. 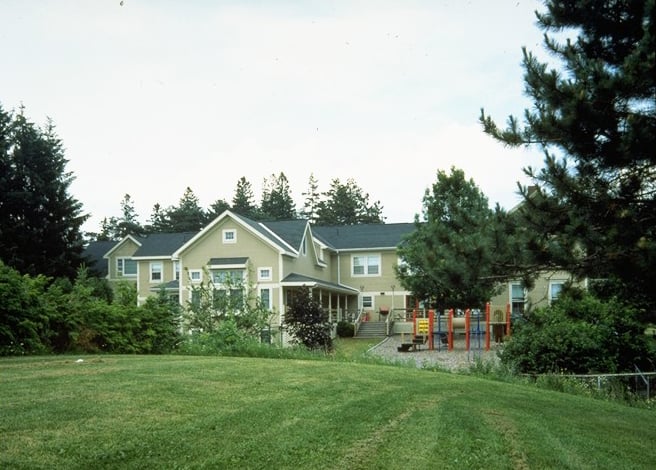 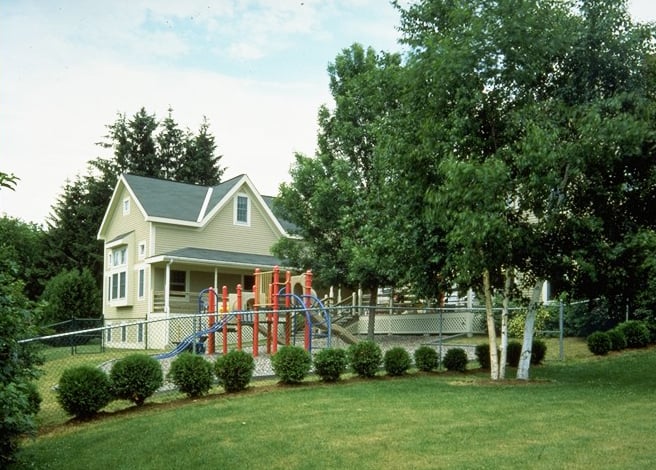 Back in 1983, our company was called Webster Baldwin Day Rohman. Here is the groovy logo we used on our plan title blocks for Ronald McDonald House.