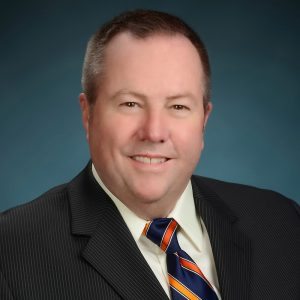 Doug Whitney is an award-winning architect who has been a principal at WBRC since 1989 after joining the firm in 1980. He led the creation of the company’s Florida branch in Lakewood Ranch in 2002. Under his watch, it has grown significantly, with projects across 17 states and earning the trust of regional and national clients, including Universal Health Services (UHS), Bealls Outlets, and Verizon Wireless.

Rob Frank, PE, LEED AP, head of the firm’s Commercial/Civic Studios and principal of the firm, says: “Doug is a master at both solving problems and creating opportunities for clients. We’re excited about moving into our 112th year and beyond under his leadership.”

“WBRC has been improving people’s lives for generations through high-quality design solutions,” Whitney says. “It is a privilege to build on that track record by expanding our reach across the country while continuing to provide our clients with innovative and responsible design.”

WBRC serves clients in 23 states, as well as three provinces in Atlantic Canada, through its three offices in Bangor and Portland, Maine, and Lakewood Ranch, Florida.

Whitney succeeds outgoing President and CEO Stephen B. Rich, AIA, LEED AP, who is stepping back from the daily obligations of leading the firm and says “This is a great step forward for WBRC. Doug’s talent, experience and leadership are long standing assets for our firm. I know that he brings forward all the skills needed to continue advancing the WBRC legacy of high quality design and outstanding client service.”

Rich, an architect, has served WBRC for 33 years, designing community landmarks such as UMaine’s Alfond Sports Stadium, UMaine’s Advanced Structures and Composites Center and Offshore Wind Laboratory, Hermon High School, and the Old Town and Falmouth Libraries.  Known for his dedication to community service, Steve Rich is currently serving on the boards of the Maine Chamber of Commerce, Eastern Maine Healthcare Systems, and AIA-Maine, among others, and was recently named a Paul Harris Fellow by the Bangor Rotary Club. Rich now plans to focus on civic and community interests while continuing to represent WBRC  in the community as Architect Of Counsel.

“Steve Rich has contributed immeasurably to this firm as an architect, COO, and most recently as President and CEO,” Doug Whitney says. “We are truly grateful for all he has done for this company and its clients. He is an indelible part of WBRC’s legacy.”